PrevNew Waves of Transformation Have Already Begun!
Navigating Through Life – Pulling Back to Move ForwardNext 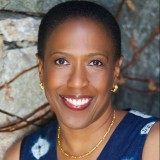 Create Your Own Adventures!

Have you ever considered the possibility that you can create as much excitement in your everyday life as you do when you’re planning for, or on a vacation, or some other super fun occasion?

Imagine for a minute, you wake up each morning in great anticipation of the day ahead. You look at what’s before you as you would moving through an intriguing itinerary or treasure map.

Possible? Sure it is – and it all begins with what you are capable of imagining!

When I was a kid, I read more Enid Blyton books than I can count. The teenagers in The Famous Five and The Secret Seven series had the most amazing adventures any young person could pull together. Their summer holidays were filled with intrigue, mysteries to be solved, and yes, a little bit of danger too. I followed their every move, there was always excitement around the very next corner.

That’s the life of a child – a brilliant, vivid imagination in technicolor!

Even a fraction of that kind of emotion and joie de vivre could help us move through our days with greater expectations.

For example, remember this Alice in Wonderland exchange:

Alice told the Queen “There’s no use trying,” she said; “one can’t believe impossible things.” I daresay you haven’t had much practice,” said the Queen. “When I was younger, I always did it for half an hour a day. Why, sometimes I’ve believed as many as six impossible things before breakfast.”

Now that’s a great start! The impossible things have the possibility of exciting you at the very thought of accomplishing them. The more we challenge ourselves with the grand idea of something impossible, the more excited we can become.

It’s worth thinking of “six impossible things before breakfast” every day. Pick two or three things and set out each day to create an amazing adventure, whether for work or play.

Most goals begin as a dream, an idea, an impossible thought: flying, reaching the moon, video calls – and on and on.